M.R. thinks of building an impactful network as a “moon shot”- an effort that involves a significant personal commitment of at least ten years.  President Kennedy’s goal to put a man on the moon took nearly a decade, 400,000 people, and billions of dollars.  Building a network takes a similar amount of time, commitment, money, and savvy minds.

Whether becoming a serial entrepreneur or successful investor, M.R. has relied heavily on his most valuable ability: Creating impactful networks. His career proves that connecting thought leaders in purpose-driven ways enables all parties to derive personal and professional value. 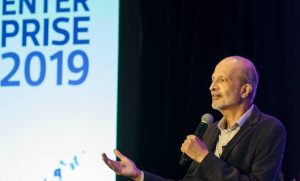 Leveraging his contacts in the areas of software, investing, green business, and the Indian diaspora, M.R. has established numerous communities, events, and organizations of the best and brightest members. Each interaction is based on sharing insight and advancing toward common goals – without hidden agendas.

His results are impressive: Over the years, M.R. has founded the Enterprise and Software business conferences, the Corporate Eco Forum Annual Retreat, and the Indiaspora Global Forum – each initiative driving the sector forward by connecting thousands of like-minded and interconnected individuals.

M.R. shares his intricate and far-reaching web of contacts with dozens of young people through mentoring. At any one time, he is shaping the career and life path of a half dozen individuals at a time through in-person and virtual meetings.

Recognizing his commitment to advising the next generation, M.R. received the Association to Advance Collegiate Schools of Business (AACSB) “Influential Leaders” award and the U.S.-China Education Trust (US-CET) inaugural “Asians in America” award. 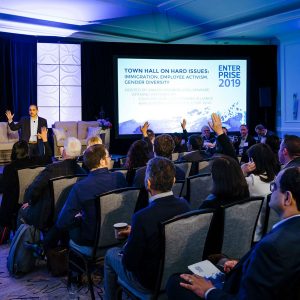